How China's "One Belt, One Road" Will Reshape Global Trade

In recent months, while most Americans have been distracted by an exhausting and embittered news cycle, the Chinese government has been extending its reach throughout the globe in an unprecedented bid to reshape the world economy according to its own values and ambitions. In launching its “One Belt, One Road” initiative, China is pouring over one trillion dollars in infrastructure spending into some of the world’s poorest and most isolated nations, and the impact of these lofty goals is already being felt.

Among the chief ambitions of China’s new program is the restoration of its ancient Silk Road trading routes, taking Chinese goods overland to Europe. In centuries past, these trading routes were abandoned in favor of European ships rounding the Cape of Good Hope, but this arrangement limited Chinese development to its Eastern coastal cities, and the government is now committed to spreading its prosperity inland in its “Go West” initiative. The development of new rail lines is making that goal a real possibility, and trade from factories in China’s western provinces to Europe is booming. In October, Azerbaijan, Georgia, and Turkey opened the BTK rail line, which runs from Azerbaijan to Turkey. This development allows Chinese freight to avoid passing through Russia, whose prohibitive sanctions on Western goods and uniquely wide railroad tracks have long formed a bottleneck that frustrated China’s overland goals. This new railway is adding steam to a Europe-China railway boom that is predicted to grow by 15 percent per year for the next 10 years, and has already quintupled by weight from 2013 to 2016.

China’s rail ambitions have not been without difficulty, of course, as they have run headlong into Europe’s outmoded and overtaxed rail infrastructure. The Chinese government has prioritized simplifying border procedures and renegotiating costly duties that currently make shipping by rail unprofitable for all but a few goods. The chief advantage rail offers over ocean shipping is time, but while shipments can arrive in Europe twice as quickly by rail as by ship, the cost is generally two to three times greater, so for the time being, it’s an option best suited to perishable food products and electronics rushing to market. Less than 1 percent of Chinese goods currently get to European markets by train, but Chinese rail needs only to take a fraction of business away from ocean carriers to throw global shipping conglomerates further out of balance, at a time when they are already struggling with excess capacity.

Many western economists have regarded China’s “One Belt, One Road” initiative with skepticism. Bloomberg recently pointed out that over half the countries China plans to pass through are rated as “junk,” or below investment grade, and numerous articles have noted with bemusement the strange spectacle of vast “inland ports” being built in far-flung desert cities like Khorgos, on the border with Kazakhstan. But those who see China’s ambitions as mere folly fail to grasp how monumental those ambitions truly are. Where others see risk in underdeveloped Asian countries, China sees an opportunity to plant the seeds of infrastructure that will one day bear fruit in the form of economies that are developed enough to be consumers of Chinese goods. According to Moody’s chief credit officer Michael Taylor, “These countries have high growth potential, and often the only thing holding them back from achieving that potential is a lack of infrastructure.” The stability of China’s one-party structure means they can afford to wait years for these areas to mature, without partisan infighting throwing them off course. They can even afford for many of their infrastructure-building projects to never provide a return on investment, at least not in the financial sense.

It’s important to grasp that “One Belt, One Road” is a public relations campaign as much as an economic one. To quote Charlie Campbell, writing for Time Magazine: “It speaks of China as an environmental leader, despite being the planet’s worst polluter; as a champion of free trade and investment, despite wrapping its economy in protectionist red tape; as a good guy, despite acting as an authoritarian state.” In short, it’s an attempt to wrest not only economic but moral leadership away from the United States. The implications for how such a realignment will affect the US’s bargaining position can’t be overstated, and the shift has already begun. In 2016, China successfully persuaded 80 countries, including Australia and Britain, to join its multilateral investment bank to fund these infrastructure projects, despite the vehement objections of the United States.

For American business leaders, these developments should be awake-up call on two fronts. In the short-term, it would be wise to keep a close eye on the ripple effects of China’s infrastructure projects, especially as they shift the balance of global shipping and rail, while opening up new markets in previously inaccessible regions. In a broader sense, China’s overtures should serve as a potent motivation for Americans to pressure our elected representatives to work together on ambitious projects of our own, or risk ceding our position to one of our greatest rivals. 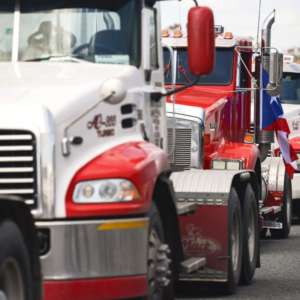 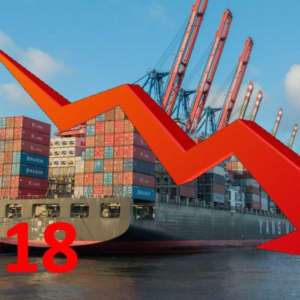