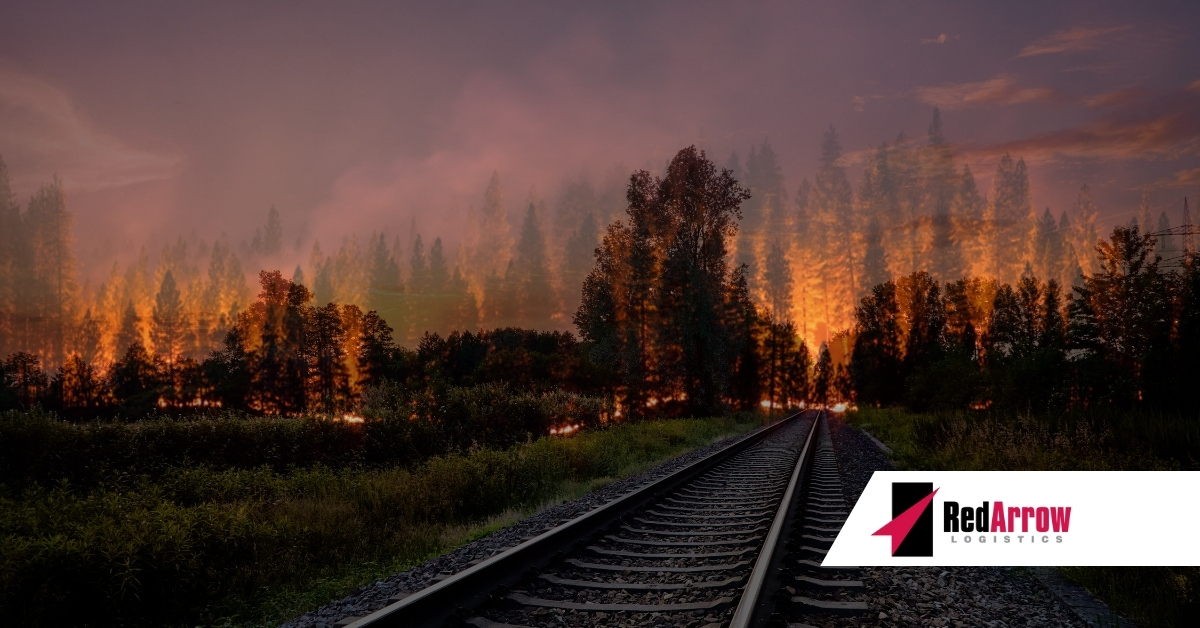 Recent wildfires that have broken out across British Columbia, Canada, and on the West Coast of the United States have caused serious delays to rail freight transportation. Western Canada and the U.S West Coast’s severe heat waves resulted in several large wildfires that have now created a bottleneck in exports and imports. Shipments sent via rail have been stranded, which resulted in a backlog in freight deliveries throughout the region.

After wildfires swept through parts of Canada earlier this month, the rail tracks of Canadian National Railway (CN) and Canadian Pacific Railway (CP), the two companies that account for most of the train transportation to the country’s biggest port in Vancouver were deemed unusable. The major rail carriers, which transport lumber, grains, containers, and retail goods, told customers that the wildfires caused rail lines in the interior of the province to be unsafe to use. An embargo denying any rail traffic in certain areas meant that trains were backed up along the route leaving them, and their contents, stranded. All internodal transport north and eastbound from Vancouver were affected as well as traffic coming into Vancouver from east and north of Kamloops, B.C. The town of Lytton, B.C. was hit especially hard. Some 4,000 rail cars were stranded at one time, according to the Ag Transport Coalition.

Similar to the situation in Canada, the Pacific Northwest has been dealing with serious wildfires that cut off rail freight routes between Oregon and California. BNSF Railway Company, which is the largest in the country, was forced to suspend service from Oregon to Northern California due to unsafe conditions because of the wildfires. The reroute is convoluted—the freight trains are going from Washington through Canada, down into Denver and as far as Texas before being able to make it to California. BNSF says this new route is adding a few thousand miles, and several extra days, to make it to the final destination.  No damage has been reported to the infrastructure yet but there is also no estimate as to when normal service can resume.

The entire Canadian freight shipping system and the U.S. Pacific Northwest have been affected by the wildfires and the impact goes far beyond delayed shipments. Some transportation in Canada was diverted away from Vancouver, but some large importers who were stuck in transit had as many as 1,000 train cars with products that were stuck along the system. Some shipments were sent to Prince Rupert, Canada’s other west coast port. An estimated 30,000 barrels of crude oil that are shipped daily on the CN line through Vancouver to refineries in the Pacific Northwest were not able to get through.

This backlog also impacted containers that were heading to the West Coast ports for exports as well as incoming shipping containers. The industry is already dealing with a container shortage that has gone on for months, and this situation only caused more container shipping delays. These transportation issues have resulted in increases in the cost of goods such as food, gasoline, and have left retailers with shortages of goods. The thousands of containers that were stuck in transit had yards empty and trucking companies waiting for them to arrive.

In the U.S., the reroute necessary to avoid the wildfires in the Pacific Northwest means that freight will not only be delayed by several days and come with an additional cost to the carrier. The arrival of new goods and merchandise will be late meaning that some stores might have a shortage of items.

The railway blockages demonstrate how infrastructure breakdowns can severely affect the Canadian economy. Since both CP and CN’s lines are located close together, the entire freight railway system was essentially shut down. It is expected that recovery will be slow and could take several weeks to return to normal. With no estimate as to the situation in the Pacific Northwest of the U.S., again the disruption to the supply chain highlights how critical a strong infrastructure is.

With wildfire flareups occurring in many areas of the U.S. and Canada, there will most likely be more interruptions to freight transportation as the summer continues. 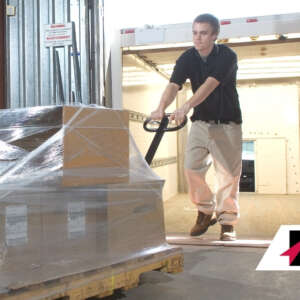 Aerospace Supply Chain Risk in the U.S. is on the Rise