In today’s polarized America, it’s difficult to have a productive conversation about environmentally sustainable trucking. When people hear the word “green,” they retreat to their corners, disregarding any information that conflicts with their established position. This state of affairs is unfortunate but understandable. Truckers often feel misunderstood and overregulated, and see environmental demands as yet another costly requirement, making an already difficult job even harder. Yet there are promising innovations that can make trucking cleaner and more efficient in ways that don’t need to be politicized.

When we talk about sustainability in trucking, we’re talking about one thing: diesel. According to IHS Markit data, trucking is responsible for half the world’s diesel demand, and a sixth of global oil demand. 97 percent of heavy-duty trucks in the US run on diesel, and attempts to transition to cleaner fuels are often stymied by an oil industry whose future is inextricably bound up with trucking. To be sure, diesel has greatly improved in efficiency in recent years. A single, newly-manufactured “clean diesel” engine can reduce emissions by two tons per year over older models, and save hundreds of gallons of fuel, according to the Diesel Technology Forum. The same Diesel Technology Forum also conducted research that found that 36 percent of commercial trucks now use clean diesel technology, up 6 percent from last year. That’s a heartening improvement, but it still comes as a disappointment to those who would like the industry to move away from fossil fuels altogether.

There is significant interest in trucks powered by renewable energy sources, with many leading manufacturers developing electric semis. Battery-powered trucks are predicted to experience a 15 percent compound annual growth rate through the next two decades. But even this healthy forecast will barely reduce diesel’s hold on American shipping. The technology for electric trucks to carry heavy loads for long hauls is still in development, and will be more expensive than diesel for the foreseeable future.

The problem with the idea of a gradual, decades-long transition away from fossil fuels is the scientific consensus that radical transformation is needed to avert climate change. According to a report released by the Trump Administration, the Earth is predicted to warm by a catastrophic 7 degrees in the next century, unless the world commits to reducing carbon emissions immediately. The report admits that such a reduction “would require substantial increases in technology innovation and adoption compared to today’s levels and would require the economy and the vehicle fleet to move away from the use of fossil fuels, which is not currently technologically feasible or economically feasible.”

The administration’s conclusion about this dire prediction seems to be that it is simply unavoidable, and rather than encouraging innovation, the White House has striven to revitalize coal, deregulate oil and gas methane emissions, and freeze fuel-efficiency standards for cars and light trucks. This response may make the United States more economically competitive in the short-term, but it is an appalling abdication of our long-term responsibility, and it cannot be the attitude with which we determine the future of trucking.

The need for trucking to develop more efficient best practices is clear, but it can’t be via top-down regulations that force the burden of change solely on truckers. For example, engine idling is responsible for an enormous amount of fuel waste, costing carriers up to $12 billion each year, according to some estimates. Cutting down on idling is a simple way for carriers to save money and reduce their carbon footprint, but anti-idling programs have often led to disgruntled drivers sitting in sweltering cabs. Initiatives that punish wasteful behavior, rather than incentivizing good behavior, will only force more drivers out of the industry, at a time when the economy can’t afford to lose them.

When trucking has successfully gotten greener, it has been through regulatory measures that are ambitious without being hostile to the industry. California has effectively set emissions standards for the country with CARB, but it has balanced its expectations with financial assistance with truck replacements and retrofits for carriers. By the same token, the Ports of Los Angeles and Long Beach have led the nation in experimenting with cleaner trucks, and have been a proving ground for multiple hydrogen, electric, and hybrid models. The results have been dramatic, with particulate emissions at the ports down 97 percent from 2005. At the end of the day, cleaner air and water aren’t partisan issues, and making trucking more sustainable can be an exciting opportunity, so long as it is undertaken with the spirit of collaboration. 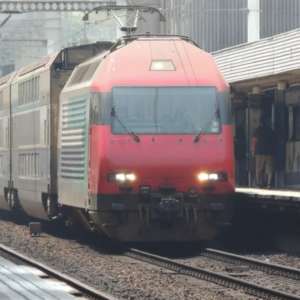