What Will It Take for US Ports to Modernize? | Red Arrow Logistics Transportation and Freight Forwarding

What Will It Take for US Ports to Modernize?

What Will It Take for US Ports to Modernize?

Last month, the Journal of Commerce/IHS Markit published a white paper titled Port Productivity: Finding New Efficiencies Through Collaboration, which confirmed what many in the industry already knew: relationships between terminals and carriers are fundamentally broken. The report strongly calls for increased communication between ports and investment in data technologies that could benefit the entire supply chain, but it comes up against a terminal culture that is notoriously resistant to change.

JOC’s findings lay the blame for port congestion on an overall lack of communication between ships, fellow terminals, and oftentimes within the terminal itself, where business and IT departments are frequently estranged. To quote the paper: “Inefficiencies are generated when carrier plans are not tuned to terminal operating preferences and constraints such as labour and tidal issues; when terminal operators are unable to validate loading plans ahead of the berthing of vessels, and when there is lack of visibility on the part of terminals to actions undertaken at terminals visited previously.” The prescription for this state of affairs are the adoption of integrated tracking and data-sharing technologies, “that need to be capable of sharing data in an automated fashion while at the same time ensure proper handling of sensitive elements.”

More than one government agency has drawn the same conclusion as JOC about the need for greater IT investment and collaboration, but has been stymied by the industry’s heel-dragging. The Federal Maritime Commission (FMC), spent two years investigating the causes and solutions for port congestion, in a Supply Chain Innovation Team headed by Commissioner Rebecca Dyer. Dyer’s team proposed the creation of  a national information portal to let ports communicate more efficiently. Though the FMC stipulated that this program would belong to the ports themselves, they were still unable to secure $1 million in Senate funding for the pilot program, with the Senate attributing its denial to unspecified “labor-related concerns.”

The Department of Transportation’s Port Performance Freight Statistics Working Group faced similar roadblocks, with JOC reporting that members spent most of its first meeting complaining about the group’s very existence. The sole function of this body was to develop standardized metrics of port productivity, but many industry members were extremely reluctant to do so. Terminal representatives complained that data sharing could reveal proprietary information, labor representatives staunchly opposed any data collection that could hurt their bargaining position in the future, and shippers found themselves underrepresented and underserved.

The industry’s reluctance to modernize and collaborate is particularly frustrating, given how much all parties stand to gain from these improvements. The most obvious beneficiary would be carriers, who the JOC estimates could save hundreds of millions of dollars in fuel costs alone, and cut hundreds of thousands of hours from the time ships spend in port.  This comes at a moment when carriers are desperately trying to improve their margins, with many posting losses, declaring bankruptcy or consolidating. Some logistics professionals have said that further consolidation is the only hope for carriers to secure enough capital to invest in technologies that could greatly improve their efficiency, and by extension, their bottom lines. The alternative, of course, would be ports themselves investing in automation, which would not only improve their capacity, but help alleviate tensions between ports and carriers at a time when each party is frustrated by the other’s lack of transparency.

Compelling terminals to invest in technology and embrace a new culture of collaboration is going to require a significant push from all members of the supply chain. Fortunately, recent success stories elsewhere in the industry point to how this might be accomplished. Domestic service providers, led by the tugboat industry, managed to garner bipartisan Congressional support for their crusade against carrier alliance collusion. Congress went so far as to specifically encourage greater industry oversight from the FMC, which could indicate a renewed willingness to take their advice about data-sharing. Of course, the cost of every inefficiency in the supply chain is passed down to shippers, who need to demand more from the terminals that serve them. And truckers (whose industry was just force-fed innovation via the ELD mandate) have everything to gain from technologies that increase terminal efficiency, and allow them to make the most of their hours of service.

At the ill-fated DOT working group meeting, terminal executives complained that data sharing had the potential to hurt all of them, but the opposite is true. At a time when the entire logistics industry is in a state of transformation, terminals must stop thinking of themselves as lone actors locked in competition with their peers, but as links in the larger supply chain, with a responsibility to keep it as efficient and healthy as possible. 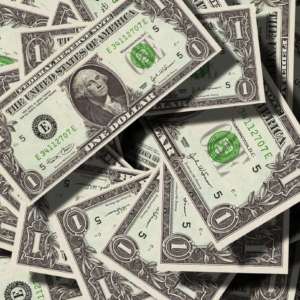 Have We Reached the Peak – Cosco and OOCL Merger 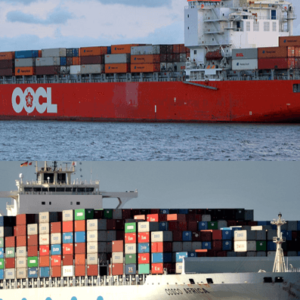