When a large machinery and industrial contracting company needed the help for mining equipment transportation of several pieces of over-dimensional equipment, they called on the team at Red Arrow Logistics. Large scale equipment moves like this require specialized equipment and over dimensional tools to ensure a safe and successful move. 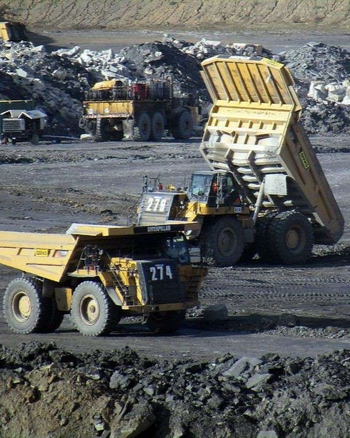 Red Arrow was tasked with transporting two (2) Reach Stackers and seven (7) pieces of equipment to various locations across the United States.

The first portion of the project required the transportation of two (2) Reach Stackers from Hillsboro, OR to Manly, IA. Red Arrow procured two double drop RGNs to move each load and monitored the carrier’s route plan during transit. With each Reach Stacker 14’ wide and over 12’ tall weighing 104,000 lbs, each load required over-dimensional permits for the move. Red Arrow took on the task with great confidence and completed the move from the West Coast to Midwest smoothly.

Each RGN required over-dimensional permits for the mining equipment transportation before they could move. Once the permit was obtained and the equipment was loaded and secured, each piece was transported from Augusta, GA to Ft. McMurray, AL and delivered on-site to a mine.

The Red Arrow team oversaw the route plan in place and monitored each over-dimensional load from the pick-up in Augusta, in-transit, and when it was delivered to Ft. McMurray, AL. Red Arrow’s thorough project management and attention to detail assigned to each load ensured each piece of equipment arrived safely, on time, and within budget.

“Red Arrow Logistics always took the extra step and has gone the extra mile, all to fulfill the scheduled deliveries on time and on budget throughout the entire project. I give them my highest recommendation!”

Transform your supply chain into a value chain!

The Independent Trucker Model is Changing in California

Managing Uncertainty in Logistics in 2022

What’s in Store for Last Mile Delivery in 2022

Our team is standing by to answer questions about our services and to deliver success for your company with concierge-level service.