What is Platooning and is it Safe? | Red Arrow Logistics Transportation and Freight Forwarding

In June 2018, Volvo and FedEx executives held a joint press conference on the shoulder of North Carolina’s Triangle Expressway. They announced that the road had been federally designated as a “proving ground” for truck platooning. They offered a demonstration of a three-truck convoy and touted the technology’s safety and environmental advantages. The executives could confidently boast of this project’s success, because it had been running without the public’s knowledge since April. This story is a perfect encapsulation of the overall state of truck platooning and truck automation more broadly: it’s a concept with undeniable potential, but it’s arriving on our highways much faster than most people realize.

Truck platooning, or as Volvo calls it, “cooperative adaptive cruise control,” allows two or more trucks to form a communication link and create a convoy, with the lead driver setting the speed, and the following trucks locking in via automated features that require minimal driver oversight. Using this technology, semis can drive much closer to each other than was previously possible, relying on automatic brakes with faster-than-human reaction times. According to the North American Council for Freight Efficiency, a 50 to 60 foot following distance can provide fuel savings of 4-5 percent for the lead truck and up to 10 percent for following trucks. Proponents of platooning believe that the shorter following distance will also combat traffic congestion and reduce the risk of collisions, since other vehicles won’t attempt to dart between trucks.

Features like automatic braking and lane keeping are already in place on roughly 40 percent of Class 8 trucks, which will be capable of platooning once a few final hurdles have been cleared. These include software that is safe from hacking and which can account for things like cargo weight and brake age. Also, the industry must decide how to divide fuel savings between trucks of different fleets, and who assumes liability in the case of an accident. Platooning advocates are also lobbying hard to remove laws requiring at least 300 feet between trucks, and their efforts have been astonishingly successful. In just the past year, 16 states have legalized commercial platooning, with more predicted to follow. Marc Scribner of the Competitive Enterprise Institute, which has spearheaded the lobbying effort, recently told Trucks.com, “If the momentum keeps up, I think five years is entirely reasonable to get the entire country on board.” Meanwhile, Peloton Technologies plans to make its two-truck platooning system commercially available by the end of the year.

Looked at in isolation, platooning is an uncontroversial idea, but it is widely perceived to be the first step in laying the technological and legislative groundwork for fully driverless trucks. Many in the industry are coy about the transition from platooning to further automation. After the North Carolina platooning announcement, FedEx’s John A. Smith sounded took this line, describing platooning as “more of an assist type of technology than a driver replacement,” and added that he could not imagine eliminating truck drivers “in the foreseeable future.” Others, however, have been more candid, including Bernard Jacob, of the French Institute of Science and Technology for Transport, who said, “We strongly believe platooning will be the use case for completely autonomous vehicles down the road.” That day may be closer than previously thought. The U.S. Army recently announced that it plans to deploy autonomous trucks in mission conditions in 2019, years ahead of its original schedule. And the machine-learning capabilities of platooning software will provide its developers with data that hastens further automation.

The appeal of automated trucks to has never been more obvious. Trucking is in a state of near-crisis, with the industry already short roughly 60,000 drivers, a number that some experts say could triple by 2026. Fleets are raising driver salaries and offering lucrative sign-on bonuses, but it may be too little, too late. Even this year’s salary increases of 10 to 12 percent can’t make up for decades in which wages plummeted, especially given trucking’s high turnover, poor job satisfaction, and long periods away from home.

The pay hikes and the labor shortage are raising contract rates by 10 percent or more this year, and shippers are chafing at the cost after years of rock-bottom rates. General Mills, Hormel Foods, and Tyson Foods are among many major manufacturers who have said they would have to raise the prices of their products in response to increased shipping costs. According to the Wall Street Journal, trucking is in the midst of its longest period of sustained pricing growth since 1980. Furthermore, the ELD mandate has made the prospect of a driverless truck, which never needs to take a government-enforced break, even more enticing.

Platooning could help ease many of the issues currently facing trucking. It could manage high rates by decreasing fuel costs. It could increase the appeal of the job by allowing drivers several hours of rest behind a lead truck. Yet embracing this technology means embracing a growing philosophy that, rather than improve conditions for truckers, or improve relationships between shippers and carriers, is simpler and more efficient to automate human jobs out of existence. This may be inevitable, but it’s still important to acknowledge it before it is simply the new status quo. Right now, the industry’s bold-faced, public facing message is: platooning is here to save the day! But the unspoken yet unmistakable postscript is: whether you like it or not. 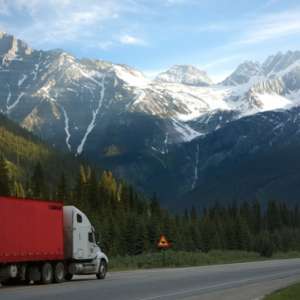