When discussing the impending low-sulfur fuel (LSF) rule for maritime shipping, it’s tempting to borrow the imagery of disasters. For example, picture the coming regulation as an iceberg, and carriers as the ocean liners waiting until the last possible minute to swerve out of its way. If that picture seems dramatic, it’s because the situation merits it. The International Maritime Organization (IMO) has decreed that by 2020, every vessel in the global shipping fleet must reduce the sulfur content of its fuel from 3.5 to 0.5 percent, and neither carriers nor refineries are remotely prepared. The predictions are beginning to come in that the rule could cause fuel prices for low-sulfur fuel to spike by 30 to 55 percent. Carriers, which have already struggled to turn a profit in recent years, warn that they will have no choice but to pass the cost onto beneficial cargo owners (BCOs), reduce capacity, or go bankrupt.

Why Low-Sulfur, Why Now?

Given the monumental consequences of the LSF regulations, it’s important to understand why they are being rolled out so quickly in an industry that is often resistant to change. According to various studies, emissions from high-sulfur shipping fuel are responsible for about 400,000 premature death a year, and contribute to 14 million cases of asthma. When faced with these dire statistics, the IMO originally planned to reduce sulfur levels by 2025. However, further studies showed that postponing the change would contribute to hundreds of thousands more deaths, so the IMO shortened the deadline to 2020. As painful as the change will be for the world economy, it’s hard to argue with that reasoning.

Carriers have three options to comply with the new standards. They can continue using high-sulfur fuel, but retrofit their vessels with “scrubbers” to reduce particulate emissions. However, scrubbers are hugely expensive, and even if 2,000 ships manage to install them by 2020, that represents a tiny fraction of the 60,000 international ships on the seas. According to a Reuters report: “Based on the limited number of manufacturers and time constraints on facilities to install scrubbers…no more than 500 ships could be fitted each year. So it would take more than 100 years to fit the global fleet.” New manufacturers have expressed interest in developing less expensive scrubbers, so there is cause to hope that the regulations will spur innovation, but for the time being, hope is all it is.

Some carriers are switching to liquified natural gas (LNG), a far cleaner fuel alternative, but this is seen as another expensive, niche option. The majority of carriers plan to reach LSF compliance by purchasing higher-grade fuel oil. However, many refineries, particularly in Europe and the Middle East, simply are not equipped to produce this from low-grade “sour” crude oil, and will require access to sweet crude. This shift in demand could throw global oil markets into turmoil, possibly leading to higher prices for jet fuel and diesel, which would obviously impact every form of shipping.

The Cost to Shippers

While various governments (including the United States) have pled for more time to implement the LSF, none have suggested they wouldn’t comply, and as the 2020 deadline looms closer, carriers are warning shippers to brace themselves for significant bunker adjustment factors (BAFs): fees to cover the cost of meeting the regulations. Estimates of the per-TEU cost increase range from $45 to $1,025. Carriers explain that these disparate estimates depend on the cost of fuel when the BAF is imposed, varied routes, and “trade imbalances between head-haul and backhaul legs.” Despite this, an analysis by SeaIntelligence says costs won’t be passed onto consumers, estimating that it would add  just 78 cents to the price of a $200 mattress.

Carriers have promised to be as transparent as possible in explaining their BAFs, but the industry as a whole admits that its track record of good-faith bunker fuel surcharges is less than stellar, and they anticipate resistance from their customers. A JOC article on the subject explains that, “The danger for BCOs is less that they will be forced to pay higher costs for ocean transportation, but rather that the carriers will fail to recoup a substantial portion of the additional cost and be forced to take drastic measure like reducing capacity to drive rate levels up.” That danger should be concerning to all parties, but it also drives home the importance of BCOs maintaining good relationships with their carriers. Carriers will always strive to take care of customers who deliver on volume commitments, make accurate forecasts, and aren’t constantly scouting the spot market for the lowest rate. If you aren’t already that kind of customer, the time to become one is now.

Too Much Too Soon or Too Little Too Late?

On the one hand, it’s laudable that the world is taking such a bold step in curbing the use of sulfur in the name of both human and environmental health. However, it’s still hard not to wince as container shipping, which is responsible for 90 percent of the world’s trade, willingly puts itself through such a dramatic disruption. One economist writing for Bloomberg fretted that the regulation could cause “a spike in oil prices large enough to threaten a global recession” and chided the IMO for attempting to do “the right thing too fast.” Of course, on the other end of the spectrum are studies which point out that even low-sulfur fuels will still be responsible for 250,000 premature deaths and 6.4 million annual cases of childhood asthma.

As always, when faced with change in the logistics climate, it’s important to look for nuance and resist apocalyptic predictions, so we can safely say that low-sulfur fuel will not bring global trade to a standstill. Hopefully this regulation will work as it is intended: spurring alternative fuel development, modernizing refineries, and saving lives. But there is no doubt that global shipping is headed for choppy waters, and BCOs should prepare themselves as quickly as possible. 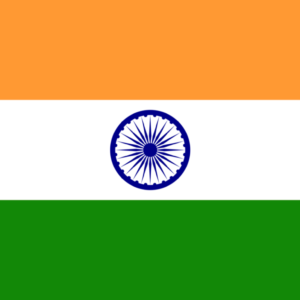